“You’re saying WHAT?!” She was crying hysterically and clinging to his leg with her whole body. He tried to walk with her attached to his leg but she was too heavy.

“Please. Don’t cause a scene.” It was William, her boyfriend.

“Why? Why are you breaking up with me? What did I do? I can change!” She screamed and threw a rock at the ground. People were walking by and turning their heads.

Whispering, William leaned into her ear, “Because you’re fucking smothering me.” He clearly had commitment issues.

“Listen, Little Red Riding Hood, go on, get out of here. I have to… I have to meet someone here.” William was looking around her for someone.

“It’s another woman!! NOOOOOOO!!!” She screamed toward the sky. People were stopping and crowding around.

William, finally fed up, left the area, leaving Little Red Riding Hood in a tearful mess, mascara running, in front of all her peers at Laura Ingalls Wilder’s school she taught at.

“Where am I supposed to go now?” Little Red thought. Her sinuses were completely clogged.

She went to sit on the nearby haystack. She knew if she rested on it, she could get scarlet fever, but it was ok because she’d had it before and survived.

Riding Hood, with her head in her hands and tears in her eyes, longed for comfort. “I know,” she realized, “I’ll go to my grandma’s. She’ll cook for me or hug me or something nice, I bet.”

With that thought in her mind, she got up and began marching toward her grandmother’s house… in the spoooky WOODS!

The woods were covered in spiders and giant webs. This was Florida in 1800, though.

There was also a legend in that forest. The legend of R.B.B. or, otherwise known as: Really Big Bigfoot.

They look like a giant, I mean HUGE human with a monkey face and hair all over its bodies. They’re not bald apes like humans, they’re hairy big apes that also have the body of a human. Sort of.

As LRRH was thinking over all these potential dangers, she was about halfway through the trail and heard howls in the distance. She froze in her tracks: animals. It must have been an animal. Maybe a wolf or a buck. Hard to tell. But she definitely didn’t want to stick around to find out.

The problem was, she was halfway through the trail and couldn’t tell where the sound was coming from. You see, Little Red Riding Hood had been kicked out of girl scouts in kindergarten.

Not knowing what to do in case of a predator sighting, she ran. She ran in the direction of her grandmother’s house. It would be safer there… or would it??

After a high impact run, R Hood arrived at the front door of her grandmother’s house and creeped in. All the lights were off. When she went to reach for the lamp, however, she heard a lock click.

“Grandma?” Little Red Riding Hood called out into the darkness. She saw the reflection of some glowing, green eyes in the room.

A snarl released itself from the creature’s body. She knew she was in the room with a beast. But what could it be? She didn’t have much time to live, so she decided she wanted to see what was about to kill her. She lit a match and lit the lamp. She turned around and found herself being eaten alive by a wolf.

The funny thing is, though, the wolf looked really fat. Like it had already gorged itself on something else. Spiders? Maybe it could be spiders?

As the last of her was being eaten alive, a BANG sound could be heard. BANG BANG BANG! Finally, with her last look at the world before being digested, a local lumberjack axed the door down and attacked the wolf.

The wolf was a champion fighter though. He had been in a contest and WON.

A long fight ensued. As Little Red Riding Hood and her grandma sat in the belly of the beast, waiting, LRRH said, “Grandma! I’m so glad we’re getting eaten together. I love you.”

That’s when a tearing of flesh could be heard. A sliver of lamp light could be seen. Then a final rip revealed the lumberjack!

He had rescued them. They hobbled out of the stomach of the wolf, onto the floor, on their bloody stumps and missing torsos, drenched in various bodily juices.

“It was the right thing to do,” stated the lumberjack, proudly.

“Thank you,” LRRH responded. “Wait a minute… how did you know we were in here getting eaten?”

The lumberjack leaned again the wall and slicked his hair back with his hand. “Oh! Haha! I was just hoping your grandma had some of her famous apple crisp.” He was smiling.

Then Little Red Riding Hood and the lumberjack had a good laugh. 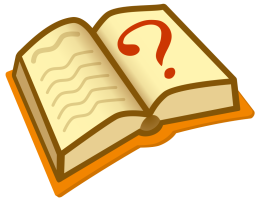